Sarah was first introduced to Hatha Yoga whilst living in Sydney, and explored further classes and ways of practising Yoga whilst working in London and Nairobi. She continued after returning to Lincolnshire, and has now been practising Yoga for over 30 years.

Through her love of Yoga, Sarah decided to further her interest and commenced training with the British Wheel of Yoga (the Governing Body of Yoga in the UK) in 1999. After completing her Teacher’s Diploma, Sarah explored further avenues and BWY modules including Yoga for Pregnancy, Yoga Philosophy, Meditation and Self Development, Anatomy & Physiology and Yoga for people living with cancer. In 2015 Sarah was awarded the British Wheel of Yoga Qualifications (BWYQ) Level 4 Diploma in Yoga Teaching regulated and recognised by Ofqual.

Sarah completed her training with Alison Trewhela in July 2017 under the Yoga for Healthy Lower Backs training programme. Sarah also has an interest in complementary therapies, and has undertaken Reiki 1 and 2 courses. Sarah holds an Enhanced DBS Certificate.

She initially started teaching Yoga through Local Education Authority classes in and around the Louth area and, whilst working for the Authority, completed the City & Guilds 7407 qualification.

She now has private classes in Lincolnshire, takes Yoga for Pregnancy, and is available for One to One tuition, which is a way of providing tuition that caters for someone’s time schedule or another person’s serious health problems.

Sarah is very interested in the Vanda Scaravelli approach to Yoga, and this has been stimulated through courses and workshops with some of the renowned teachers such as Sandra Sabatini and Diane Long of this approach, both in the UK and Italy.

Since 2010 I have been attending Sarah's yoga classes and I have found Sarah's approach to yoga very informative and so very beneficial to my physical and mental well being... read more reviews and testimonials about Sarah 1 Yoga Classes... 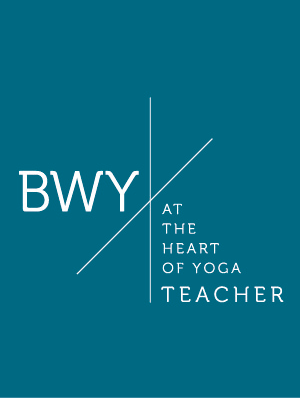